Congratulations to Schools and Individuals

Congratulations to Principals New to Leadership in a Catholic School

Kavanagh College, Dunedin: Serenity and Sebastian Hook performed the Last Post and Reveille at the ANZAC Day commemoration services. Rose Pickard has been selected to perform in two professional performances – Into the Woods and The Sound of Music.

St Mary’s School, Gore: Sophie Davis has been selected for the dance team that will travel to Paris, France to perform the Highland dance.

Roncalli College, Timaru: Julia Bennet has been selected for the New Zealand Secondary Schools Symphony Orchestra. Neve O’Connor was awarded Outstanding Composition for her entry ‘My Place’ in the National 2017 Hook, Line and Sing-a-long competition.

St Bernard’s College, Lower Hutt: was the winner of this years O’Shea Shield.

Cullinane College, Whanganui: Macy Duxfield has been accepted to take part in the Sir Peter Blake Young Enviro Leaders Forum to be held in Auckland after Easter.

John Paul College, Rotorua, has been named a finalist in the Excellence in Engaging category for the prestigious Prime Minister’s Excellence Awards. The winners will be announced at a ceremony celebrating the best in education in the Grand Hall at Parliament, on 27 June 2017.

Baradene College, Remuera: Over 100 students performed at Polyfest 2017 where the Diversity Group – Filipino won 1st place for Continent Award-Asia and 1st place in the Choreography Award, taking out 1st Overall Winner of Diversity.

In a recent article in a regional newspaper, Baradene College was praised by the parents of a student with special needs. “Baradene College is the best school for her, being very inclusive, holistic and promoting an ethos of community service. They really value getting the kids to think about others other than themselves, which I think in this day and age of the selfie (and) the selfie generation is a great thing”.

De La Salle College, Mangere East runs a Health and Sciences Academy in which 48 young men in years 11 and 12 have been given the opportunity to study three science subjects to prepare them to follow a path into health careers. In collaboration with the Oceania Trust, the College has also established a Trades Academy, which will give 22 young men a pathway at year 13 into the building and construction industry.

Liston College, Henderson: Zak Devey has been selected as one of the four winners of the New Zealand Society of Authors (PEN NZ Inc) Youth Mentorship Programme 2017. He will be working on longer fiction projects and exploring new approaches to developing his writing technique.

Mount Carmel Primary School, Meadowbank: World Water Day this year coincided with some of Mount Carmel’s classes having a special lesson delivered by an educator from Watercare. TV One’s Seven Sharp team ran an item on the school. See more.

Keen to see your school or an individual you know recognised for their contribution to Catholic Education? Make sure your school newsletter is sent to our office (nzceooffice@nzceo.org.nz) and email us if you have additional items you’d like included. 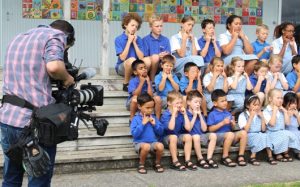 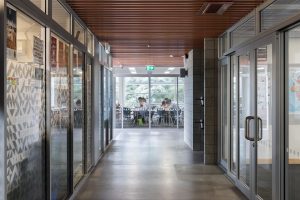 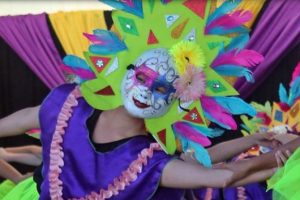