Congratulations to Students and Teachers 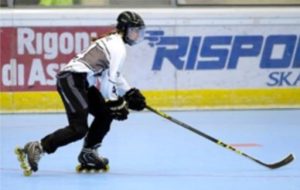 Baradene College, Auckland: Vika Koloto has been selected for the NZSS Netball team. Lucy Burrell has been selected in the NZ rowing Junior Team which will compete in the World Championships in Tokyo.  Emily Carr and Kate Vernal recently played in the NZ U18 Women’s Ice Hockey Team at the 2019 Challenge Cup of Asia  The team came away with two wins and two losses. Kate Vernal has been selected to play for the NZ Junior Women’s U18 Inline Hockey Team playing at the World Roller Games in 2019. Rhea Patel won a silver medal in the Freestyle Limited Recurve Young Adult Female classification at the IFAA World Indoor Field Archery Championships.  Audrey Rossolatos has been selected to represent NZ in the Trans-Tasman competition in Archery. Audrey is the highest scoring archer in her age category at NZ National level for 2019.  Zoe Mains has been selected by NZIODA for the Girl’s Development team (optimist sailing).  Ashlea Iti achieved a gold medal in the long distance (16km) Mixed group, Open Series at the NZ Nationals for Waka Ama.

Marcellin College, Auckland: Ma’afu Tupoumalohi, Bradley Lousiale and Sebastian Tohi have been selected to represent NZ in the U19 Gridiron team.

St Peter’s College, Auckland:  Nicholas Milicich (Y12) and Bradley Wilson (Y13) have been selected for the NZ U17 Football Team.

Pompallier Catholic College, Auckland: Daniel Meyer attended the Australian Athletics Championships and came away with a NZ Record in Discus in Under 20 Men’s Para, which gained him a bronze medal and a NZ record in Shot Put for Under 20 Men’s Para.  To read more about Daniel click here for the article from the NZ Herald. 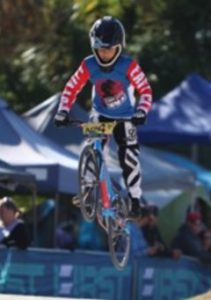 St Brigid’s School, Johnsonville: Amber Dano has been chosen to represent NZ at the U11 Worldwide Tennis Representative Tournament.

Catholic Cathedral College, Christchurch: Sebastian Lipp has been named in NZ Junior Track Cycling Team to compete at the Oceania Track Cycling Championships. Joshua Stockman has qualified for the World Scooter Championships in Barcelona.  Charolotte Palmer has been selected to represent NZ in The Asians/Oceania regatta in the Optimist Class for sailing in Oman.

Marian College, Christchurch:  Teacher, Miss Megan Shea has been selected to play for the NZ Korfball team in the World Champs. Brie-Ellen Harding has been named int he NZ U15 Developing Sox Softball team.  She is also part of the Junior Canterbury softball team that is aiming for the World Champs. They were featured on TVNZ, click here to see the report.