Baradene College, Auckland: Zosia Herlihy-O’Brien gained a Licentiate Diploma in Violin, one of only two musicians achieving this status. Kate Vernal has been selected as a member of the 2018 U18 NZ Junior Women’s Inline Hockey Team, to compete in Italy. Kelsey Mauer has been named as a non-travelling reserve.

St Mary’s College, Auckland: Jazzmyne Kailahi-Fulu has been selected for the NZ U17 Basketball team, to compete in Russia.

Sancta Maria College, Auckland: Teacher Mr Gene Te Amo has been named in the Cook Island Rugby team and will play a two match test series against Hong Kong, from which the winning team gains entry into the 2019 Rugby World Cup Qualification Tournament.

Rosmini College, Auckland: Ben Jury (15) was the South Pacific International and New Zealand National Accordion Championships winning all three classes that he entered. Ben also won the Under 15 South Pacific Accordion Solo Champion Cup. Anthony Pits (15) was selected for the NZSA (New Zealand Society of Authors) Youth Creative Writing Mentoring Programme. He was one of only 4 recipients from across the country. Samuel Dick (16) competed in the Gymnastics Australia Championships in Melbourne winning the Level 9 U17 All-Around Title in the Men’s Artistic Gymnastics, and securing a place for NZ in the Youth Olympic Games quota. Kruz Perrott-Hunt (Year 13) has been picked for the Tall Blacks Senior Men’s national team to play in China and Hong Kong.
James Catlin (Y13) has been selected for the NZ Youth team in Water Polo to play in Hungary.

St Dominic’s College, Auckland: Grace Matthewman (Head Girl) has been awarded a Parliamentary internship with the Hon Phil Twyford. Past student Sophie Matthewman received the 2018 Fulbright Science and Innovation Graduate Award. She will complete a Masters of Public Health specialising in Health Policy at George Washington University in Washington, D.C.

Sacred Heart Girls’ College, Hamilton: in the Language Perfect World Championships the school came 97th in the world, and was in the top 11% globally for schools of a comparable size. It was 4th in NZ in Italian, 12th in German and Maori and 21st in French.

Sacred Heart Girls’ College, New Plymouth: Tiana Davison is a member of the NZ U17 7’s team that will attend the Olympic Youth Games.

Holy Family School, Porirua: The Education Gazette of 21 June 2018 featured a story on the school’s project the Family So’otaga, which has been running since since 2016. The project fosters strong relationships between the school, parents and whānau to create a sense of community that supports educational involvement and achievement for their Māori and Pacific students. Read more.

St Bernard’s College, Lower Hutt: Pfuma Mahowa and Seth Fitzgerald, both 15, are to attend a youth summit in Boston on creative technologies and how they can be applied to important social issues, both now and in the future. Read more. Jack Tetley, 13 years old, has been invited to the Trust for Sustainability Living school debate in the Seychelles to debate ocean conservation. Read more.

Garin College, Nelson: Tiare Donelan was selected to go to Chile on a Business field trip as part of a partnership between the Lion Foundation Young Enterprise Scheme (YES) and the Latin America Centre for Asia Pacific Excellence. Read more. 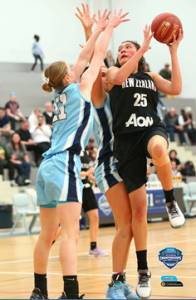 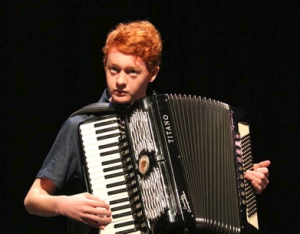 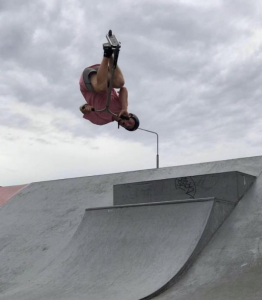